In trying to get a better understanding of our food system, I find it helpful to look at different perspectives and see things through different people’s eyes. I remember having some fascinating conversations with a former colleague Asseneth Quintero, who at the time had recently moved to Australia from Colombia, about differences in the way that we purchase our food. Asseneth kindly agreed to write down some of these observations in a guest blog which I have shared below. “Food waste: eat seasonal, cook humble, be appreciative” “Food waste struck me when Susie invited me to share my personal observations on how fresh food is marketed, consumed and sold in Australia and Colombia. Thanks to their diverse climate, both countries enjoy the fortune of having fresh produce available all year round. Similarly, both countries’ produce are highly regarded in international markets. Australia is internationally acclaimed for its produce of beef, dairy, fruit and vegetables. According to Austrade, more than two thirds of Australia’s produce are exported each year. Similarly, Colombia has made its mark on the global map for its premium-quality coffee and bananas. 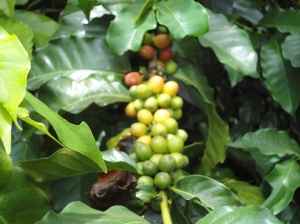